Marchesini Group is reopening the doors of its factories and once again investing in Italian trade fairs and major corporate events for customers, stakeholders and students. Despite the highly volatile international situation due to both the conflict in Ukraine and to challenges relating to energy and raw material supply, the Group hopes to return to face-to-face meetings following the difficult years of the pandemic. 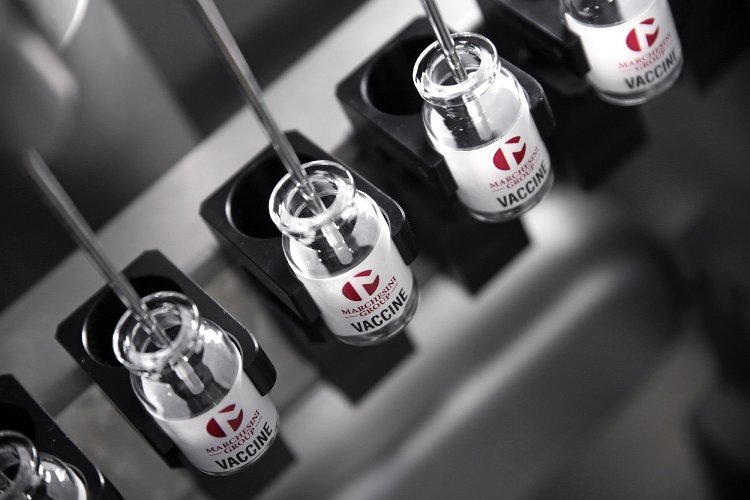 From 26 to 30 April, partially coinciding with the Cosmopack trade fair in Bologna, the first Open House of the cosmetics division will be organised, showing guests the Beauty Division opened last year: 5,500 square meters where technologies and workers connected to the cosmetic packaging world have been concentrated. During the Open House, visitors will be shuttled between the BolognaFiere pavilions and the Pianoro plants, where they will be guided along themed routes and take part in gastronomic and recreational events, the best way to resume social interaction in the workplace.

Immediately after the end of the Open House, company logistics will be reorganised for another event named Open Door Pharma: in parallel with the Pharmintech fair in Milan (3-6 May), from 2 to 6 May, the gates of the Pianoro plants will remain open for guests from the pharmaceutical industry, who will be able to witness the launch of the new corporate sustainability project enhanced by the presence of machines that use paper rather than plastic or organic plastic instead of normal PVC in their packaging cycles.

The program will end with the Talent Open Days, scheduled from 9 to 13 May: five days dedicated to schools and universities, which will allow students from technical institutes in the area and from universities to witness the production stages in person and to talk to their peers undertaking internships and to specialists.

“After two years of teleconferencing, remote testing, and stalled international travel, we are finally starting to plan in-house physical events again. Among other events, one of the most important trade fairs in our industry, the German Achema, will take place in August this year. We have taken the opportunity to further invest in Italy” commented Marchesini Group board member Valentina Marchesini. “This is a terrible time for many people not far from us; we hope that our return to social interaction will be a good omen”.

The company’s renewed openings, which have always been appreciated by industry professionals, will also benefit from a confidence booster provided by the latest company figures, which show strong business growth: the 2021 consolidated turnover returned to growth, approaching a threshold of 500 million euros (490 million, + 9.1% compared to 2020), 76% of which was generated by exports.

This performance can be partly attributed to strong demand for packaging lines for Covid vaccines. In 2021 alone, these sales accounted for 46 million euros of consolidated turnover, generated by orders that include individual lines and machines involving the entire vaccine packaging process, from filling in bottles to packaging in pallets.

The cosmetic packaging machine segment, which in recent years has joined the core pharmaceutical segment, also achieved impressive results. Its growing share of consolidated turnover – 44 million euros (+8.9% compared to 2020) – is the successful outcome of targeted investments in the sector: the latest was the creation of the company’s Beauty Division, which reorganised and extended the production of the MG Beauty, Axomatic, V2 engineering, Cosmatic and Dumek brands. Despite the decline in interest during the pandemic for products such as lipsticks and creams, the growth in cosmetic sales has confirmed the public’s enormous interest in beauty products, no longer limited to women.

“The figures tell us that in these two years, despite the difficulties, we have been resilient and shrewd. We had to change our priorities but this allowed us, for example, to understand that we can assemble a production line in six to eight months instead of the standard twelve” stressed CEO Pietro Cassani. “When everything becomes more stable, some things will remain, such as certain remote testing, while others will become a new norm such as the application of flexible hours for entry to work at our locations. The pandemic accelerated existing market dynamics, which will change again – enormously – as a result of the conflict in Ukraine. Continuing to be resilient is the only possible solution for all of us”.